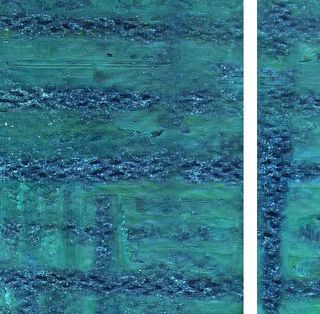 In The Morning We Will Rise
All night tonight I have been waiting for the inspiration to come to me. I thought it would have arrived by now, but I’m still here sitting, and I need to sleep. I’ve been playing over the same 6 chords on my guitar, strumming to the same rhythm; trying to finish off a verse, to a chorus that’s just about perfect. It’s been too long since we sat down to finish a song.

Danielle is finally coming Down Under and I just today really got excited. I had a day off classes, and nothing too urgent but some assignments. I took the day off basically, to read in the morning and then some research in the Library in the afternoon.

Truth be told I was a little bit relating-deficient today, so I pursued some cross-town friendship at the Atomic. I rang Stu to see what he was up to, and he suggested Atomic vs. spending $$ on cellphone bills. I’m going to let him continue to think that coffee was his idea.

Speaking of dollars. I’ve been buying some new guitar leads (which will double as cables for the kurz on sunday nights .. and some new drumsticks because they got accidentally given away. However, I had to go to three music stores to get all the sticks that I wanted. How annoying.

Coffee was good. It always is, but it was especially nice to spend time with Stu who has some of the same gentleness as Wendy does, and yet they are so different. We talked about Easter and life, ministry, grief, lots of things. It helped me to feel more connected to reality again. Finding my way back to life again in the midst of all this personal discovery is quite important.

I still haven’t really answered any of my questions about how this subconscious and now public grieveing processed may or may not have affected my ministry. Stu seemed unconvinced, which would be good honestly. I am reminded, or rather, have been reminded, that the wounds I walk with may be the very thing that defines and personalizes a program of relatively ordinary youth ministry.

We also talked about misconceptions briefly, and laughed quietly and almost shamefully at some unfortunate ones. Needless to say, sometimes it is good to be reminded of the humanity all around me, that I am simply included in the mass of people who sometimes take things the wrong way.

Later On, Inspired By The Short & Too Brief Coffee With Courage
I wrote some emails responding to some of the ‘feedback’ circuits we have been doing with the music team of late. I tried to speak to the personalities of the readers, and not out of my own mamma bear tendency, when it comes to my team. It was well-received and I am relieved about that.

I spoke about in the nature of Christian competition, mostly to do with the pursuit of excellent when working with creative types, that humility does not always present itself as equality, and so there may be times where one group appears better at something than the other, and inevitably those ‘positions’ will move and shift all the time as we grow and experiment, develop our own styles.

I think that there is strong argument for the presence of healthy competition.. the sense with which another athlete training in the same circuit as you, will push harder and ultimately improve your game. But.. I have to ask, is there a Spiritual Competitive-ness that sneaks into some of the wider discussions about church?

It is probably a very simplistic thought but after a discussion on Friday, coming back from Janelle’s funeral, I was again left thinking, so much of the ideology of Emerging Church, is just that… Ideology. It’s not a new theology of Church, it’s just a new group making stylistic overtures towards the way things ought to be done.

By this I mean, there are simply so many people jumping on a bandwagon of emerging church, who really have done very little discussion or reading or conversation with either or both or many sides of this ‘progression’. It will be interesting to see what some fairly solid, mainstream, modern practitioners come back with from the extremely exclusive and elitest Hui in Wellington.

Small Pout
I’m taking issue with the fact, that even though I am normally extremely current with Christendom activities like the aforementioned hui, I haven’t seen any publicity, conversation, or discussion that makes me think or feel remotely welcome, invited, established or deconstructed enough, well-known or ‘up&coming’ enough to attend. Hence, I am already skeptical about what shape any feedback out of it will take. This is not because of the quality of people sharing, I respect almost all of them very much, except for a couple I do not know. However something about the nature of people attending, a number of seemingly innocent but potentially dangerous demographical trends just makes me think… well…. is this a step in discussion and journey, or simply another way in which people damage their own creditibility, or worse… create strategies for development, integration and practice within communities that are not yet even aware the kind of ’emerging journey’ they might be about to find themselves on. Put out, that no one is suggesting or requesting my attendance? Absolutely.. I’m sure I’m going to miss some good times, however I also believe that there is another group of ’emerging practioners’ out there that’s maybe a little left-field even for the emergents. So left-field that we’re right back in the mainstream.